Nissan dominates the competition and leads the way with their record setting vehicles!

AutoTrader Names Nissan Juke One of the Top Cars for Dog Lovers!

When it comes to cars for dog owners, there's no question that some vehicles are simply better than others. Whether you're setting out on a long road trip or running out for a quick in-town errand, you want to be able to transport your furry friend as safely, conveniently and comfortably as possible.
Read More
CATEGORIES »
Just for Fun ,
TAGS »
Best Cars for Dogs , nissan juke , San Diego Nissan JUKE ,

Yes, it's called "skiing" - taking a four-wheel vehicle up on two wheels while in motion. Skiing has been a mainstay of car stunts since the time of Henry Ford, and even in our digital age there's still something oddly thrilling about keeping a ton of rolling metal balanced like a drunk figure skater.
Read More
CATEGORIES »
Mossy Stories , News ,
TAGS »
Car Skiing , Car Skiing World Record , Car skiing world records , nissan juke , World Record Breakers ,

Nissan JUKE-R is back – and now with added NISMO 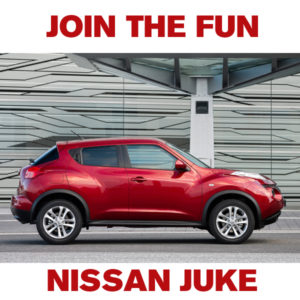 "Nissan's quirky, unique Juke has been cranked up a notch for the Nismo RS. More focused on performance than any other Juke, it could easily take some conventional performance cars by surprise. Its 215 horsepower are the most you can get in a Juke, and the Nismo RS comes with cool track-friendly features like a limited-slip differential, racing seats and paddle shifters." 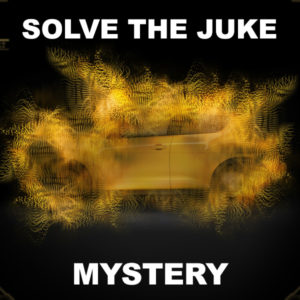 GENEVA, Switzerland - Nissan's domination of the crossover market will move up a gear at the 2014 Geneva Motor Show when the New JUKE will be revealed for the first time.

Today Nissan reveals the first teaser image of the latest version of its premium B-segment crossover, a car that has triggered one of the most talked-about trends for a generation.

Promising even more striking design, improved efficiency and enhanced refinement, the new JUKE will be one of the stars of the forthcoming Geneva Motor Show when it is revealed for the first time on March 4, 2014.

Building up to the unveil moment, Nissan fans will be able to interact with Nissan on social media to "earn" an ever clearer glimpse of the exciting new crossover. Starting today, an obscured image of the New JUKE will be shown on a variety of social channels where over the coming days and weeks the image will become clearer to define some of the Nissan's new design cues. 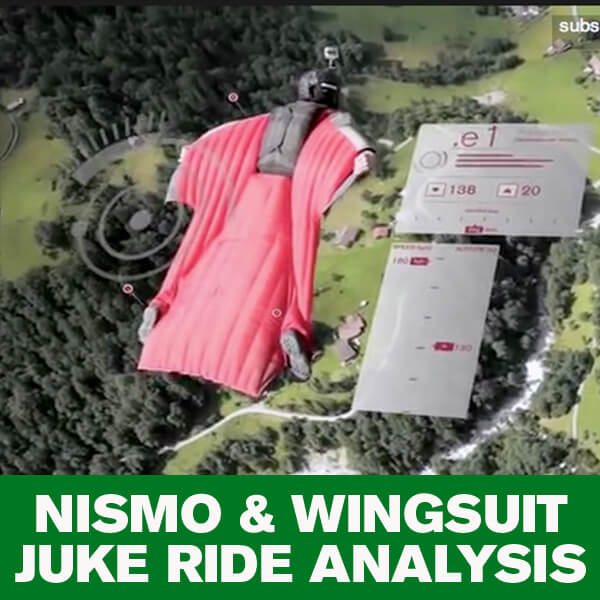 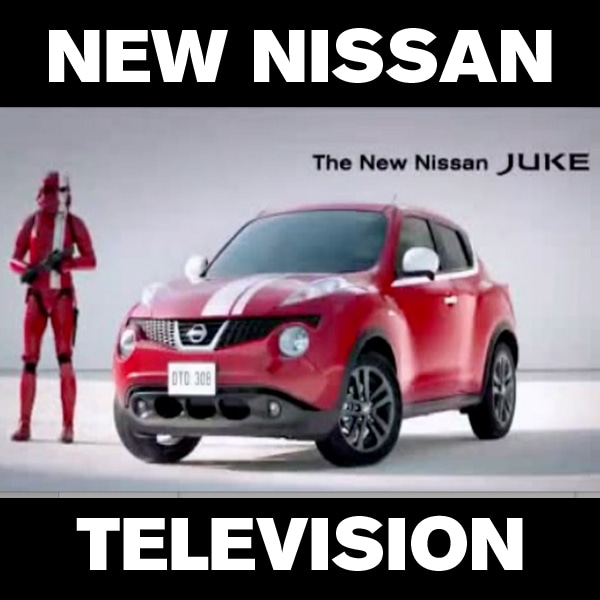 Nissan has launched a TV spot 'City of Stormtroopers', created by TBWA/Hakuhodo Tokyo and produced by Outsider. The commercial celebrates the customers' ability to colour personalize their new Nissan Juke. In collaboration with Disney and Lucas Film the film was shot in Asturias, Spain. It centers on a member of the Star Wars Stormtrooper Guard deciding to break free from white tradition. This version of the spot is the directors cut, which has not appeared on TV.
WATCH NOW: 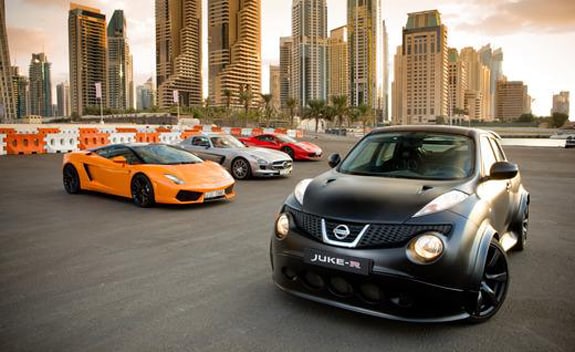 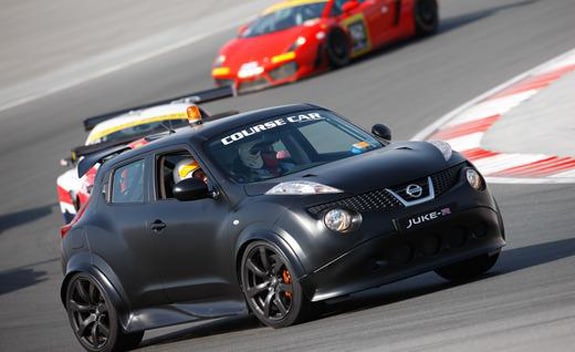 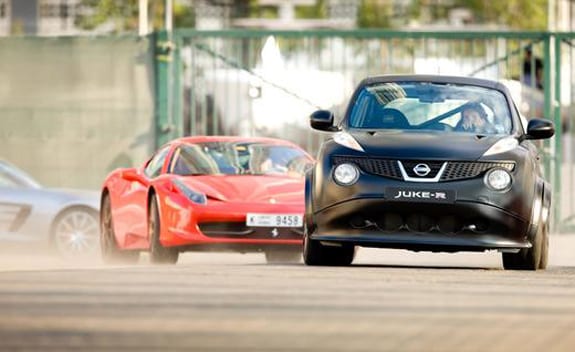 The chassis is neat, much like the Manhattan Project was neat. Who knew science could make such violence? There's grinding understeer under throttle in slow corners, neutral drifts in fast ones, impossible grip, body roll out the wazoo. Go deep into the surprisingly soft brake pedal, the back end hops around. High-speed turn-in is abrupt enough to make your coccyx itch. Crosswinds, sneezes, and butterfly wing flaps in China make the Juke's tall body twitch and bob. Still, it's fast, predictable, and remarkably approachable. Nissan claims the top speed is a drag-limited 160 mph, which is 31 mph lower than that of the GT-R, a vehicle that is not shaped like mobile teratoma.
Nissan says the Juke-R's suspension is set up for street use, but we weren't allowed off the track, so that's anyone's guess. It also says, amazingly, that a production R is under consideration-rumor has it several sheiks tried to buy the cars brought to the Middle East, but sheiks will buy anything. No matter. Much like Dubai, the Juke-R is a tangible fantasy, a fancy confection whipped up from thin air and dreams. It exists because it's awesome, and that's good enough for us.
CREDIT: http://www.caranddriver.com/reviews/nissan-juke-r-first-drive-review
Read More
CATEGORIES »
Hot New Nissans , Just for Fun , News ,
TAGS »
Nissan GTR , nissan juke , Nissan JUKE-R , san diego car dealer , San Diego Nissan ,