Nissan dominates the competition and leads the way with their record setting vehicles! 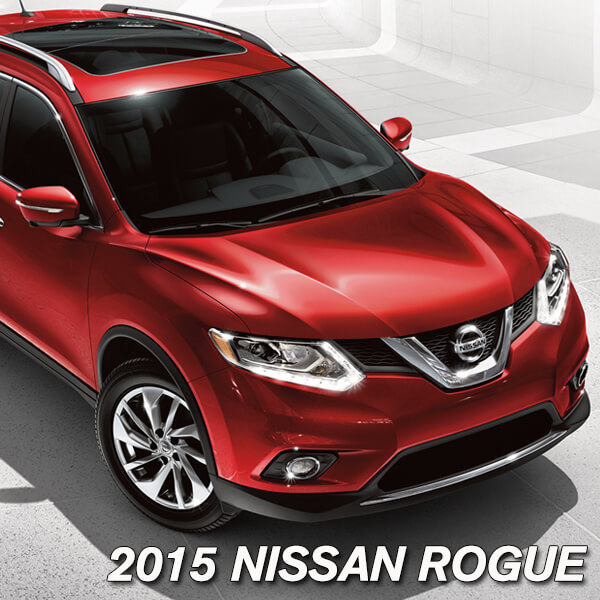 Among the models setting all-time annual sales records were Altima, JUKE, LEAF, NV, Rogue and Versa. The Nissan LEAF sold more than 30,000 units in the U.S. – the first time any plug-in vehicle has reached that milestone in a single year.

Nissan also achieved the highest fuel economy rating of any full-line manufacturer in the United States, according to the 2014 Environmental Protection Agency (EPA) "Trends" Report. Nissan's fleet-wide fuel economy rating of 26.2 combined mpg was highest among all full-line automakers in the annual report, which is the authoritative reference on new light-duty vehicle carbon dioxide emissions, fuel economy and powertrain technology trends in the United States.

This year has also been a significant one for NISMO, Nissan's motorsports group, both on and off the track. The current portfolio of production NISMO vehicles includes two JUKE models, 370Z and the 600-horsepower GT-R NISMO. On the track, the revolutionary Nissan GT-R LM NISMO made its competition debut at the 2015 Le Mans 24 Hours, while NISMO-powered LM P2 race cars took the top six finishing positions in the class.

Leading the way for 2016 are two more all-new models – the eighth-generation Nissan Maxima "4-Door Sports Car" and the category redefining, Cummins diesel-powered Nissan TITAN XD pickup. The stunning new Maxima arrived at Nissan dealerships nationwide in June and will be followed by TITAN XD later in the year.

But that's not all. Two of the company's top-selling models, Altima and Sentra, also will see significant refreshing in the 2016 model year. Details on both vehicles will be announced shortly.

Nissan's Forward Emergency Braking (FEB), which uses radar technology to monitor speed and proximity to the vehicle ahead, is now available on the 2016 Rogue. It joins Murano and Maxima as vehicles offering this advanced technology usually found on more expensive luxury vehicles. Nissan will add the technology to more products before the year is finished.

The new year also sees the introduction of Siri™ Eyes Free to the Nissan lineup, beginning with the 2016 JUKE and Rogue. The system allows drivers to utilize the Siri™ function on equipped iPhones® through a voice command button on the steering wheel without having to take their eyes off the road.

Here is an overview of the major enhancements to Nissan cars, SUVs and trucks for the 2016 model year, followed by a top-line overview of the 2016 changes and more complete "Fast Facts" product information:

As always, stay tuned to NissanNews.com for the latest updates on Nissan products, pricing and other activities in the United States and around the world.

Nissan dominates the competition and leads the way with their record setting vehicles! - Mossy Nissan