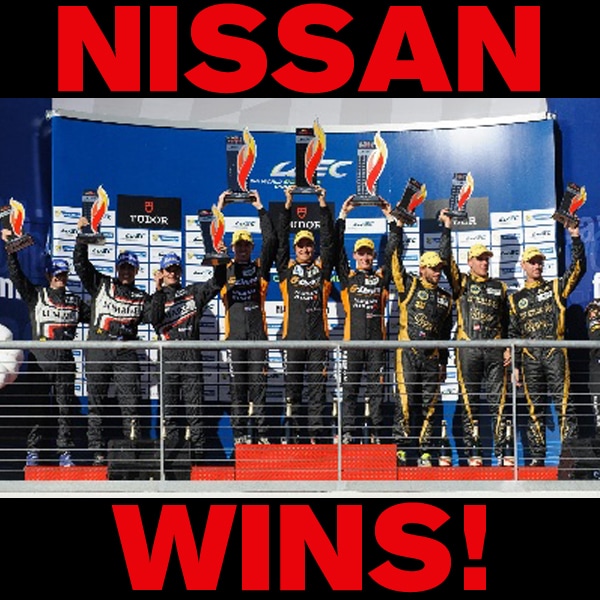 G-Drive Racing put the disappointment of their Le Mans exclusion far behind them yesterday when the No.26 Oreca Nissan stormed to a dominant LM P2 win at the Circuit of the Americas in Texas.  This win is their second in a row as they took the victory at the last round in Brazil just three weeks ago. 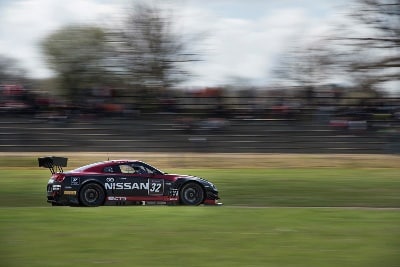 The Pecom Racing team came home second, sealing the 1-2 for the Powered by Nissan teams and taking the lead in the LM P2 Teams title race.  It was a tough afternoon for Oak Racing who took sixth, seventh and eighth place, after challenging for the lead but scoring valuable points nonetheless.
"The drivers, the mechanics, the engineers, in fact the whole team did a perfect job," said race winner Roman Rusinov. "It was very important for us to start from pole position as we knew our car was not the fastest this weekend and we've done it! This is our second win in a row and I am very satisfied with the result.  I hope we can continue this winning momentum when we travel to Japan."
The next round of the FIA World Endurance Championship takes place at Fuji Speedway in Japan on October 19 and 20.  This event will also see the revolutionary Nissan ZEOD RC in action, making its public on track debut in a series of demonstration runs.
NISMO Athletes Take Win at Silverstone
Nissan collected silverware for first place finishes at the home of GT Academy, Silverstone last weekend. Nissan GT Academy Team RJN entered a Nissan 370Z into the Britcar 1000kms for Ashley Oldfield (2012 GT Academy South Africa winner), Salman Al-Khater (2012 GT Academy Middle East winner) and GT Academy Head Judge for South Africa, Tomas Scheckter.  This race was their prize for winning GT Academy and like the other NISMO Athletes before them it is the first big test of the new driver's skills.
They didn't disappoint as they took a very confident class win in the 1000km, six-hour race.  This result also gave them the outright production win and eighth place in the overall result.
"I feel so happy," said Salman. "It was a great race and it was the first endurance race I have done and I really enjoyed it, especially because of all the time you get in the car. To be on the top step in our first race after the driver development program feels really good. Thanks to Nissan, to GT Academy and to the team. It has been a great day."
"I'm really happy that we could get the victory in our graduation race," added Ashley. "It wasn't easy and it looked like we might not get it for a bit but we did it in the end. I'm really stoked!"
Salman and Ashley's mentor, Tomas Scheckter, was proud of his teammates and pleased to see how much they had developed since winning GT Academy in March.
"It has been a great weekend what with taking pole and winning the race," said Tomas. "Not only that though the way I have seen these two drivers develop and put in such consistent performances just shows what GT Academy has done. We've proved that you have found another two quality drivers. I was very happy to be a part of this weekend."
CREDIT: http://nissannews.com/en-US/nissan/usa/releases/nissan-wins-at-home-and-away
CATEGORIES »
News ,
TAGS »
nismo , nissan racing , nissan san diego , san diego niissan ,
SHARE »
Share
Tweet