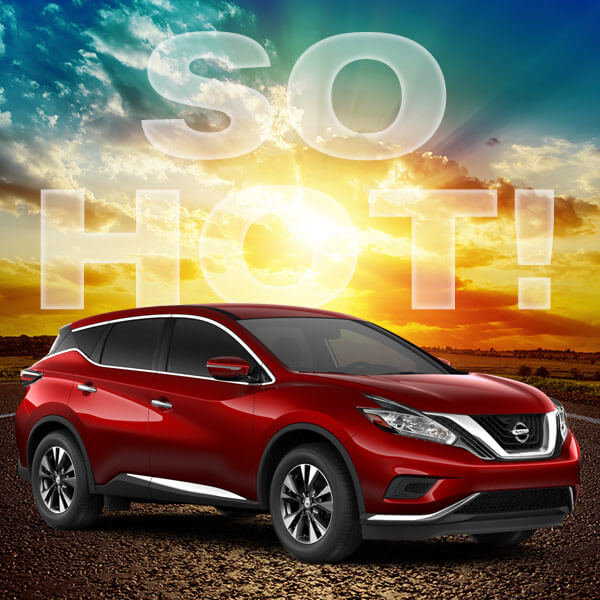 This new Nissan SUV came out to the market with a design that keeps up many of the characteristics of the prototype of this 3rd generation. Futuristic lines and a high level of technology, equipped with a V6 DOHC 3.5L engine and automatic transmission Xtronic, which helps to improve the fuel efficiency by 20% compared to the previous generation. Also thanks to the reduction of 145 lbs in its weight, and a new design that reduced the drag coefficient.

When you test it and sit behind its wheel, you'll enjoy its quiet cabin, excellent engine response, and extreme comfort of all seats, including those in the rear which comes with heating system.

The engineers and designers of Nissan gave to the Murano a drag coefficient of 0.31, the same of some of the best sports cars, including the Porsche 911.
This was achieved with a system that opens and closes the air intake below the front grille, rear spoiler and diffuser, plus a redesigned gas tank and optimized components to rear suspension.

LED lighting
Integral part of its new exterior design was the implementation of LED lighting units, which besides providing better visibility, use less energy compared to halogen or xenon headlights. This new Murano also features LED daytime running lights at the rear and directional lights mounted on the side mirrors.

The 2015 Murano is designed with "Zero Gravity" and "Extra Heat" technology, the same one used by the NASA for its manned missions, which identifies the optimal position of the occupants to minimize the fatigue on long journeys.Seats also have fast heating system and USB ports on the rear seats, which have 1.4 more inches of knee room compared to the previous generation.

Less weight, more efficiency
The new design helped to reduce 150lbs of its weight, this, combined with improvements in aerodynamics, tires with lower rolling resistance and new technologies in the engine and transmission, contributed to improve performance in gas consumption by 20% for a maximum of up to 28 miles per gallon on the highway.

Outstanding illumination system
The new panoramic moonroof, which now consists in just one panel, opens a space 29% larger compared to the old model which uses two separate, and also has 40% more of glass surface that provides a feeling of additional spaciousness for passengers. In addition, the new interior lighting system improves the cabin environment, both day and night.

Simplified Instrument panel
In the new instrument panel the number of buttons was reduced by 60%, that's 15 less than the previous version which has 25. This gives to the dashboard of the SUV a cleaner look and improved user experience. It also features a new high-resolution touchscreen of 7" as standard equipment and another one optional of 8" with Advance Display Drive-Assist® system.

The cargo space increased by 3.3 inches wide and 2.0 long. The new configuration of the tailgate gives it 4.0 cubic feet of additional capacity making it one of the largest SUVs in the segment. Furthermore, the process of putting and carrying things in the cargo area has also been improved and is now easier thanks to rear seats that remain completely flat when you fold them forward. Finally, engineers installed a button that serves to put back the rear seats in its original position, so it is no longer necessary to turn on each side of the vehicle to do it manually.

Made in USA
Lovers of products "Made in America" will be more than happy of knowing that the new 2015 Murano is being manufactured in the United States. From this plant, the SUV will be exported to more than 100 markets worldwide.

The 2015 Nissan Murano is offered in four versions: S, SV, SL and Platinum, with optional 2WD or 4WD traction. There are three optional packages for each version of the Murano 2015: Navigation Package (S), Premium Package (SV) and Tech Package (SL, Premium).

The 2015 Nissan Murano is available at all 7 Mossy Nissan locations in San Diego. View inventory today!