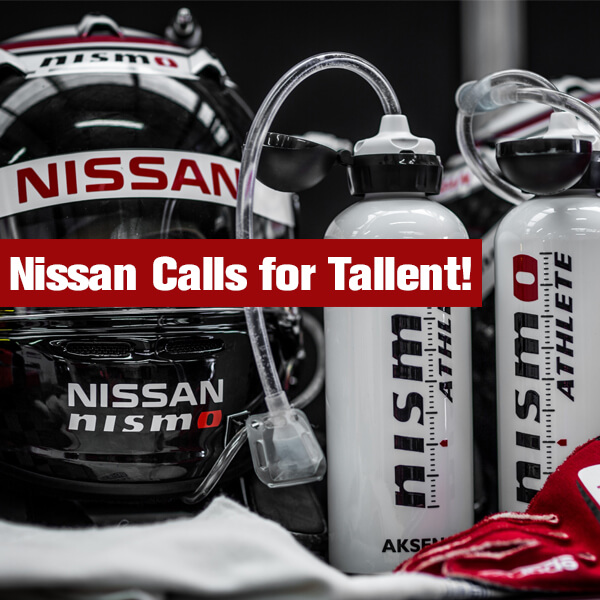 Gaetan Paletou (FRA) and Ricardo Sanchez (MEX) won the European and International GT Academy competitions in 2014 and, after hitting the steep learning curve of Nissan's driver development program, they took their prize drive in the Dubai 24 Hours in January.

If - and only if - a GT Academy winner is good enough to become a fully-fledged NISMO Athlete, they receive the good news after Dubai that they will be competing full-time for Nissan. Paletou and Sanchez made the grade and have been selected to race in the Blancpain Endurance Series, one of the world's toughest GT racing competitions.

Nissan GT Academy Team RJN will enter two Nissan GT-R NISMO GT3s in the 2015 Blancpain Endurance Series. For the first time the team will enter a PRO car, which will be raced by Alex Buncombe (UK), Katsumasa Chiyo (JAP) and Wolfgang Reip (BEL). Paletou and Sanchez will compete in the sister PRO-AM entry, where for the first race at Monza they will be joined by Florian Strauss.

Reip, Strauss and Chiyo are fresh from their brilliant victory in the Bathurst 12 Hour race in Australia, so they will be looking to continue their winning form at Monza in April.

Paletou and Sanchez demonstrated at the Dubai 24 Hours in January that they have made the transition from virtual to reality, finishing in fifth place overall and second in class at what has become the traditional season-opener for Nissan and career starter for the graduates of GT Academy.

"I feel ready for Monza, but I still find it hard to believe that I am going to be racing there," said Paletou. "This time last year I had no idea of what was ahead of me, and now I have landed my dream job. I know that Monza is a good track for the GT-R as we have such a strong engine, so we are in a good position to get a good result."

"I still find it hard to believe what is happening in my life," said Sanchez. "Every time I think about it I smile as this has always been my dream. The hard work really starts now though. Monza is a very fast track with a lot of history, so I feel proud to have the opportunity to race the GT-R there. I want to do the best job I can for Nissan and bring home a great result!"

"We are now in the strong position of having our own production line of talent," said Darren Cox, Global Head of Brand, Marketing & Sales, NISMO. "GT Academy winners only become NISMO Athletes if they have the talent and the determination to go all the way. There are no free rides here. With our sports car ladder now firmly in place, we can reward our top GT Academy graduates with the drive of a lifetime in LM P1, and that is what we did when we selected the drivers for our new program. We are finding genuine talent and that is something we are very proud of."