The next generation Nissan Titan debuts at the North American International Auto Show in Detroit on Jan. 12, 2015.

DETROIT - Nissan today debuted the all-new Nissan TITAN full-size pickup to a standing room-only crowd of international media at the 2015 North American International Auto Show. Presiding over the dramatic reveal was Nissan President and Chief Executive Officer Carlos Ghosn, who stated, "With the 2016 Nissan TITAN XD, we weren't just going for 'best-in-class.' Instead, we are offering the 'Best New Class.'"

The new TITAN XD, the first of the new generation of Nissan TITAN models, creates a new segment of the American market. It offers the effortless towing and hauling of the larger, more expensive heavy-duty trucks - yet has the fuel-efficiency and affordability of half-ton pickups. It is projected to go on sale at Nissan dealers nationwide in late 2015.

Powered by a new Cummins 5.0L V8 Turbo Diesel rated at 310 horsepower and hefty 555 lb-ft of torque, the 2016 TITAN XD will offer an available maximum towing capacity of more than 12,000 pounds (when properly equipped), along with available cutting-edge towing features such as an integrated gooseneck hitch engineered into the frame.

"The new TITAN will deliver toughness, capability and quality," added Ghosn. "In addition to a range of cab configurations, the TITAN lineup will ultimately encompass multiple powertrain choices. These include an all-new workhorse gasoline V8, as well as our first V6 offering in this class."

More details on the full Nissan TITAN lineup will be announced at a later date.

The all-new TITAN, like the first-generation Titan, was developed with core Nissan planning, design, engineering and manufacturing teams contributing from Tennessee, California, Michigan, Arizona and Mississippi.

The all-new TITAN also underscores Nissan's commitment to localized production. Nissan has invested more than $5 billion in the United States in the past five years and has moved manufacturing for several models from overseas to its North American plants.

"Our growing U.S. presence is bolstering our performance and helped to make 2014 a year of significant growth for Nissan in the U.S.," said Ghosn. "Our operations, our network of partners, and - most importantly - our products are stronger than ever. Nissan is targeting 10 percent market share in the U.S. And the all-new TITAN is a key part of our growth strategy."

The new TITAN XD Crew Cab is the first of three cab configurations, two frame sizes, three powertrain offerings and five grade levels to be available later in the Nissan TITAN lineup. More information on the full lineup will be available at a later date. 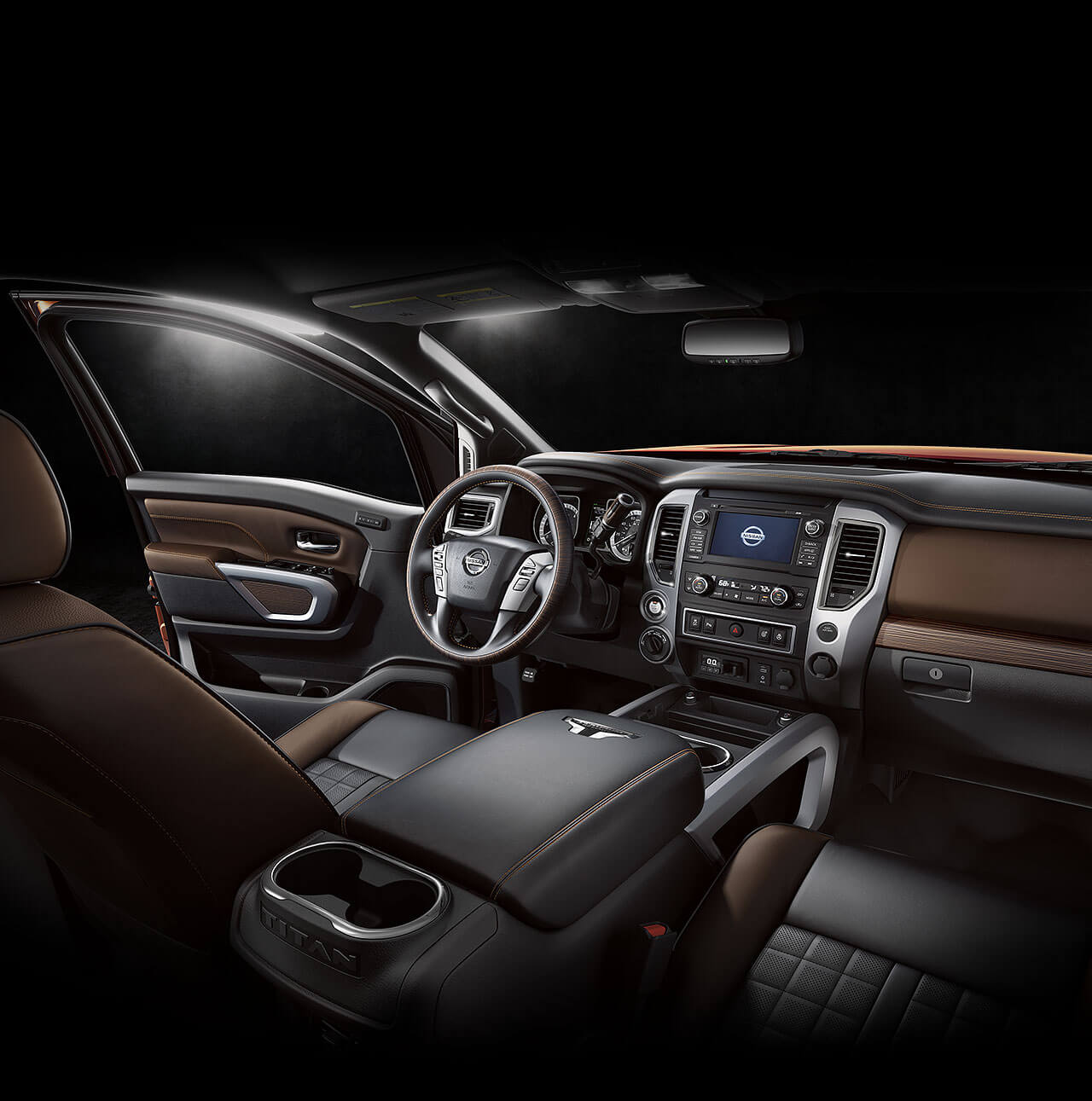