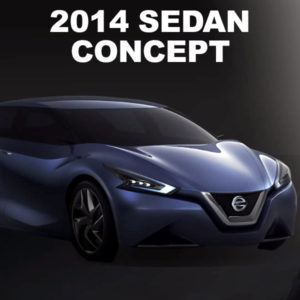 The star of the show will be a new sedan concept which will make its world premiere. Also featured will be the BladeGlider concept, making its Chinese debut, and Nissan’s latest global innovations, including the Autonomous Drive car.

Teana, Nissan's flagship sedan, celebrates its 10th anniversary in China this year and a special edition Teana will be on display. The two latest introductions, the all-new X-Trail and the new NV200 Xtronic® transmission, are expected to draw attention from booth visitors.

Media Center and site information will be available online starting today. Look for the latest news to be uploaded regularly at this URL until the end of the exhibition.

Last year at Auto Shanghai 2013, Nissan unveiled the Friend-ME concept, attracting attention from both the media and the Chinese "Post-80s" generation through its provocative design and connectivity features. This year at Auto China 2014, Nissan will reveal a new sedan concept for the Chinese digital lifestyle. The concept expresses Nissan’s passion and focus in the world’s most dynamic auto market.

Subsequent to Friend-ME in 2013, this concept car will be the second time for Nissan Design China (NDC), Nissan’s newest global design center located in Beijing, to realize a concept car design in collaboration with the Nissan Global Design Center (NGDC) under the leadership and direction of Nissan Senior Vice President and Chief Creative Officer Shiro Nakamura.