Nissan partners with Blake Shelton to bring its American TITAN to country music fans across the U.S 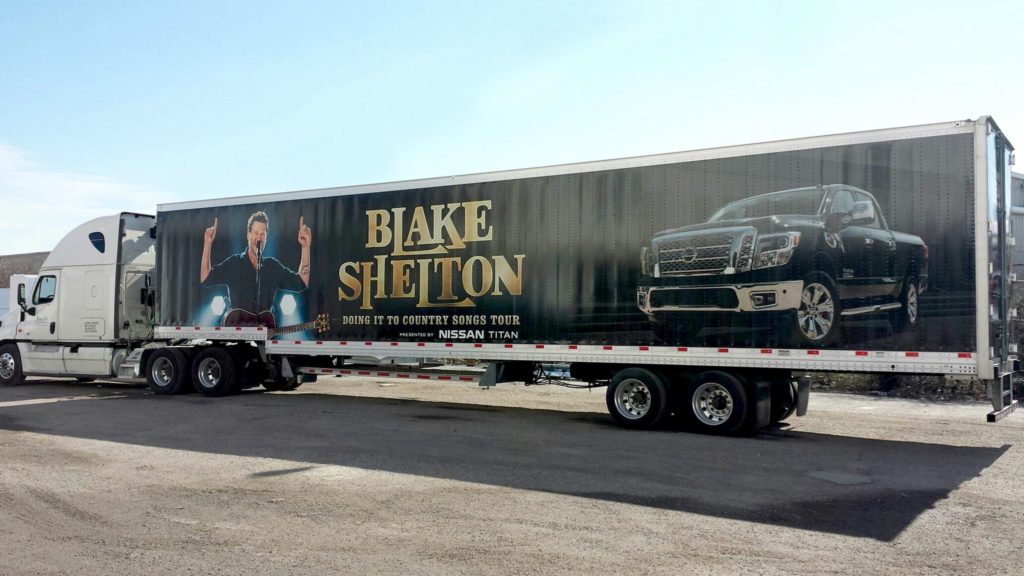 Nissan today announced its association with country music superstar Blake Shelton and the 13-stop Blake Shelton "Doing It To Country Songs" Tour. The partnership extends to 14 additional festival dates where Shelton is to appear.

As presenting sponsor with full automotive exclusivity, Nissan will have high visibility on Shelton's headliner and festival events, including ticketing, promotional materials, in-venue videos, social media and collateral, VIP hospitality and on-site vehicle displays for headliner tour stops. The 2017 Nissan TITAN and TITAN XD trucks will be the featured vehicles in support of the tour, including specially wrapped TITANs and trailers.

The tour sponsorship is part of Nissan's ongoing "big moments" marketing approach, such as the brand's current promotional campaign with "Rogue One: A Star Wars Story," that has helped propel the Nissan Rogue to record sales from December through January.

Pickups were the very first Nissan vehicles assembled in the United States, beginning more than 30 years ago in Tennessee, and have played a significant role in Nissan's growth in recent years. Nissan recently announced a new King Cab for TITAN and TITAN XD to go along with the current Crew Cab and Single Cab options. These trucks are developed with core Nissan planning, design, engineering and manufacturing teams contributing from Tennessee, California, Michigan and Arizona. They are assembled in Canton, Miss., with V8 engines assembled in Decherd, Tenn.

"I'm extremely proud to be bringing the Nissan TITAN pickup along on my 2017 tour," said Blake Shelton. "My father worked at car dealerships for many years so it kind of brings things full circle for me."

Nissan partners with Blake Shelton to bring its American TITAN to country music fans across the U.S - Mossy Nissan