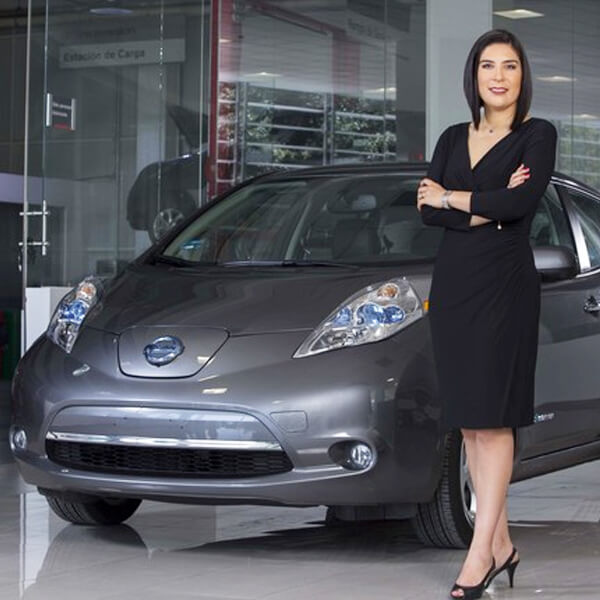 Renault and Nissan promoted several women to key executive leadership positions in 2016.
At Renault, one-quarter of the Executive Committee are women.
At Nissan, the percentage of women in management positions in Japan is more than double the national average for large manufacturers.
Renault and Nissan are being widely recognized for the Alliance's commitment to gender equality.
DEAUVILLE, France – As it kicks off the Women's Forum 2016, the Renault-Nissan Alliance confirms its ongoing commitment to gender equality, which resulted in major advancements for women at both Renault and Nissan during the past year.

Our commitment to gender equality serves our business's competitiveness as we focus on attracting the best talent around the world," said Alliance Chairman and CEO Carlos Ghosn. "We have taken important steps to promote equality at all levels of the Alliance. While we are proud to have one of the industry's best track records to date, more needs to be done and we remain fully engaged."

The percentage of women employees at Renault, headquartered in France, and Japan-based Nissan has increased considerably since last year, particularly in manager-level positions.

In 2016, the Alliance and several of its female executives received a significant number of awards, including:
Four Alliance executives were named Leading Women 2016 by Automotive News Europe: Mouna Sepehri,Marie-Francoise Damesin, Agneta Dahlgren, Design director C-segment and electric vehicles, Groupe Renault, and Judith Richardson, vice president purchasing, Nissan Europe.
Agneta Dahlgren was named Woman of the Year 2016 by the independent organization Women and Vehicles in Europe (WAVE). In September 28, just before Paris Motor Show, Automotive News Europe also awarded Agneta with the 2016 "Eurostar" prize, among male and female candidates of the European automotive industry.
Renault Brazil received the Golden Award from Women Empowerment Principles in recognition of its actions in support of women empowerment.
Renault Spain was awarded an equality certification by the Ministry of Health, Social Services and Equality in recognition of the company's commitment and ongoing work to support equality in Spain.
Nissan received "Platinum Kurumin" certification by the Minister of Health, Labor and Welfare of Japan, The certification is awarded to companies that provide support for employees with children. Nissan is the first auto company to receive this certification.
Nissan was recognized as a "Nadeshiko Brand" company by the Tokyo Stock Exchange for the fourth year in a row for its support and promotion of women in the workplace.
Alliance initiatives and events promoting women empowerment:
Since 2010, in most of the countries where Renault operates, women can benefit from personal development measures, such as workshops or training to enhance their leadership and impact as well as from individual mentoring or coaching, thanks to the Women@renault plan.
The Women@renault social network has more than 4,500 members, 23 percent of whom are men.
Nissan continues to expand the "Ladies First" retail program in Japan. Ladies First dealerships are managed and staffed mostly by women. The dealership in the Tokyo suburb of Fuchu features stylish interiors, a nursing room and a spacious area where children can play. It is aimed at making the buying experience more welcoming to women and first-time buyers. As of September, Nissan had 272 Ladies First dealerships.
Nissan has boosted the percentage of women in its salesforce. Women represented 9.9 percent of salespeople in Japan as of August, up from 8.5 percent in mid-2015. The objective is to reach 10 percent.
Renault-Nissan focuses on "Reaching to the Top" at Women's Forum Renault and Nissan provide an update on gender progress and equality every year in advance of the Women's Forum for the Economy and Society. This year's conference takes place Nov. 30 to Dec. 2 in Deauville, France. The annual gathering, which the Alliance has supported since 2006, aims to level the playing field for women in industry academia, politics and society.

The Alliance sends 50 top-performing women from around the world to the conference. This year, the Alliance will sponsor a special session titled, "Reaching to the Top," for its delegates.

For more information on Nissan's diversity initiatives, go to: