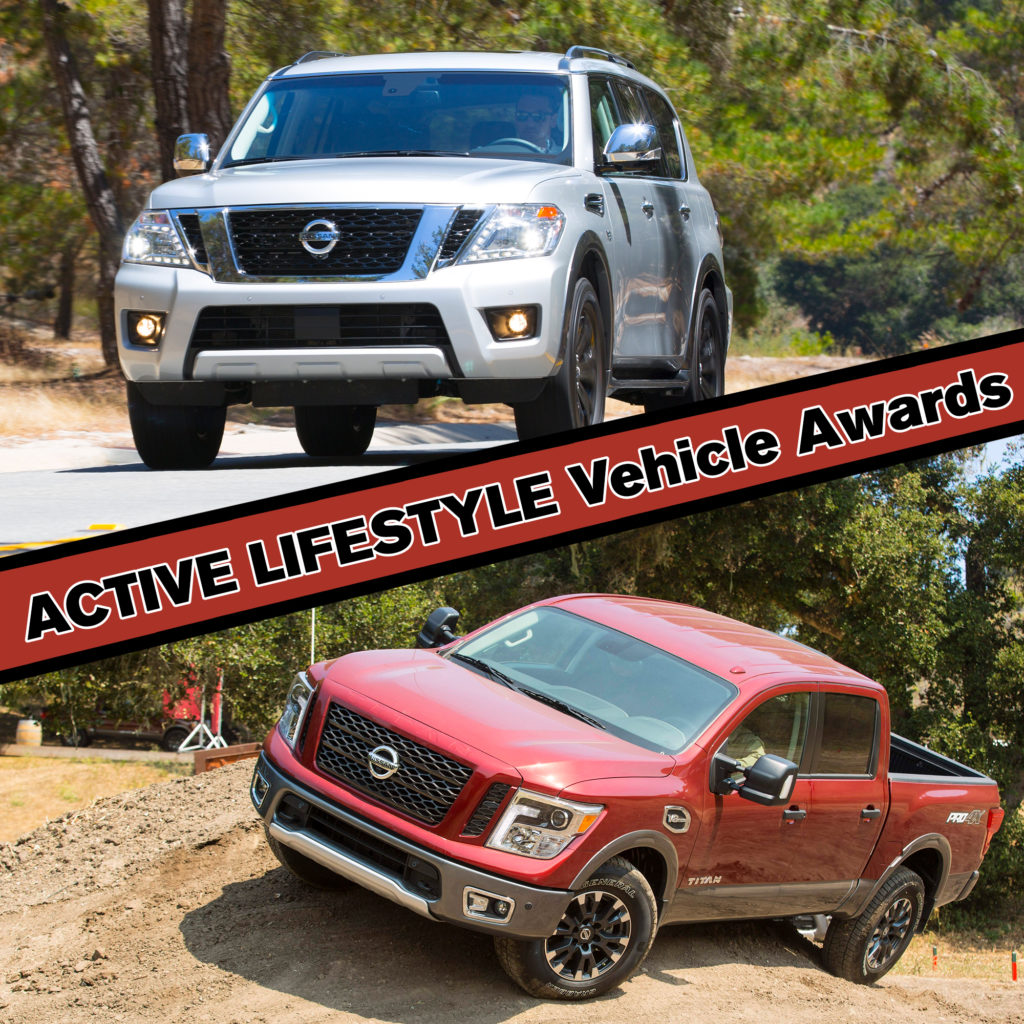 Judging the awards were a panel of more than 50 Southwest-based and national automotive and active lifestyle media and athletically focused consumers – including triathletes, runners and ex-pro athletes. The ALV awards are given to manufacturers in various categories, such as family value, green vehicles, luxury and off-road. The TITAN PRO-4X was noted for its overall packaging, size and performance, while Armada received strong comments about value and overall capability.

"Nissan trucks and SUVs are designed to be 'adventure ready,' whether tackling a challenging off-road trail or just loaded up with recreational equipment to take the family to a trailhead or lake," said Fred Diaz, division vice president and general manager, North America Trucks and Light Commercial Vehicles, Nissan North America, Inc. "We're honored by the latest recognition by this independent group of active lifestyle media and enthusiasts.

"For the 2017 model year, the Nissan full-size pickup lineup has expanded with the arrival of the TITAN half-ton. Powered by Nissan's new 390-horsepower 5.6-liter Endurance® V8 engine, the TITAN half-ton is available initially in a roomy Crew Cab body, in both 4x4 and 4x2 configurations and in five well-equipped grade levels: S, SV, PRO-4X, SL and Platinum Reserve. TITAN half-ton joins the powerful TITAN XD, which debuted in last year and was named "2016 Truck of Texas."

"Athletes tend to think of their vehicles as gear, and Nissan understands that," said Nina Russin, Active Lifestyle Vehicle Awards Co-founder. "The TITAN PRO-4X, which is purpose-built for off-roading, is the perfect tool for adventures off the grid, while the newest Armada combines the passenger and cargo capability growing families need with surprising ruggedness. Both are truly four-season vehicles for drivers who live for the out-of-doors."

For more information on the 2017 Nissan Armada and TITAN PRO-4X, along with the complete Nissan truck and SUV lineup, VISTI ONE OF 7 SAN DIEGO MOSSY NISSANS OR SHOP ONLINE NOW AT MossyNissan.com

About Active Lifestyle Vehicle of the Year

Active Lifestyle Vehicle of the Year, now concluding its thirteenth season, is the only competition in the United States to combine the input of professional automotive journalists with elite and recreational athletes to determine which vehicles currently in production best meet the needs of buyers with active lifestyles. For additional information, check out the ALV Facebook page and Twitter feed.
CREDIT: http://nissannews.com/en-US/nissan/usa/releases/nissan-titan-and-nissan-armada-win-extreme-off-road-and-luxury-family-categories-at-annual-active-lifestyle-vehicle-awards