10 Facts about the First Day of Summer 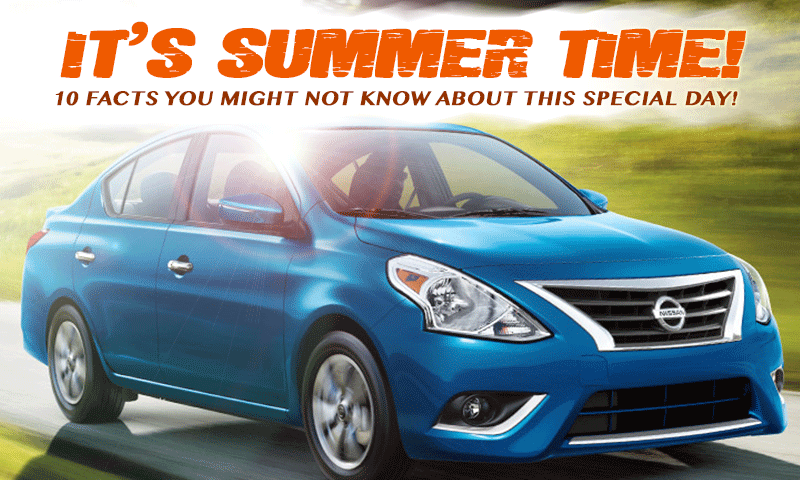 3. The Sun Seems to Stand Still
Solstice comes from the Latin words sol, meaning 'Sun' and sistere, meaning 'to come to a stop or stand still'. On the day of the June Solstice, the Sun reaches its northern-most position, as seen from the Earth. At that moment, its zenith does not move north or south as during most other days of the year, but it stands still at the Tropic of Cancer. It then reverses its direction and starts moving south again.

4. It Occurs at the Same Time...
June Solstice is the exact instant of time when the Sun is directly overhead the Tropic of Cancer. In 2016, this will happen on June 20 at 22:35 UTC. Because of time zones differences, the event will take place on June 21 at locations that are more than one and a half hours ahead of UTC. That includes all of Europe, Russia and Asia.

6. It's the First Day of Summer...
...depending on whom you ask. Astronomers and scientists use the date of the June Solstice to mark the beginning of summer in the Northern Hemisphere and winter in the Southern Hemisphere. For meteorologists on the other hand, summer began almost three weeks ago, on June 1.
In many Northern Hemisphere cultures, the day is traditionally considered to be the mid-point of the summer season. Midsummer celebrations on or around the Northern Summer Solstice are common in many European countries.

10 Facts about the First Day of Summer - Mossy Nissan