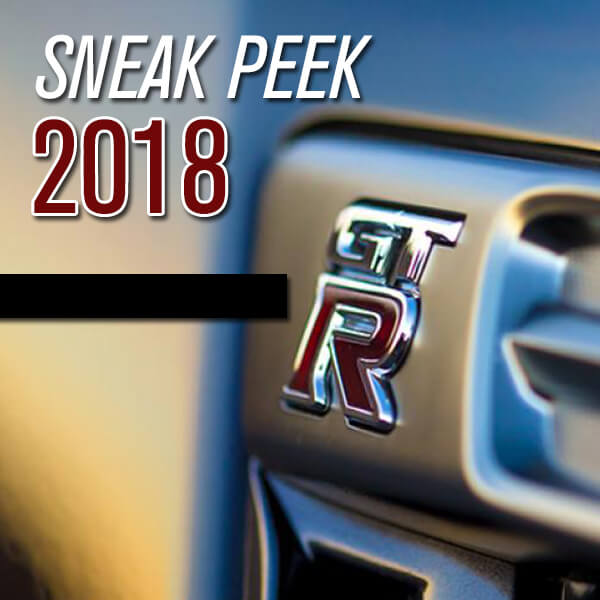 We've just had a punt in Nissan's Juke-R 2.0, the dinky crossover with the guts of a GT-R. But what's in store for the next generation of Godzilla itself?

There's a lot riding on the Nissan GT-R, not least the hopes, dreams and digital screams of a million internet Skyline enthusiasts for whom the arrival of each new generation represents the Second Coming. Only noisier.

Which is why Nissan is already furiously beavering away on the next GT-R, on its way in 2018 and featuring a raft of technological updates that'll probably be sufficient to send it TO THE MOON.

Top Gear has gleaned a few vital bits of information about the next-generation GT-R, and if Nissan stays true to its word, it promises to be something really quite special...

Speaking to TopGear.com, Ben Bowlby - Nissan’s creative genius behind the LMP1 GT-R and the DeltaWing - confirmed that the new GT-R would feature an iteration of the twin-turbo V6 powering the company's Le Mans entrant.

"The 3.0-litre V6 [from the LMP1 car] is a sort of god-child of the true, road-going GT-R," he said, noting that the unit's direction injection, turbo integration and combustion technology are all 'applicable to the road'.

"It is truly an early ancestor of what will be a future Nissan GT-R engine," he added.

In its current, Le Mans-spec form, that new 3.0-litre V6 revs to around 6,500rpm and produces over 550bhp. Considering the current Nismo GT-R produces 600bhp, and taking into account the GT-R's rate of improvement, we'd expect the new, 'R36' GT-R to produce at least this much, if not more.

The V6 will be slotted up front, just like before, and matched to a dual-clutch automatic gearbox. "Mizuno-san [the 'father' of the GT-R] says the GT-R will always be a front-engined, 2+2-seater coupe," said Shiro Nakamura, Nissan’s chief creative officer.

"It will be a hybrid." That’s straight from the mouth of Nakamura-san.

So, allied to that twin-turbo V6, we'll also get some form of electric propulsion and battery pack, too. Nissan GB’s sports car chief, James Oliver, reckons Nissan’s expertise in electric technology forms a good base for the new Godzilla.

"I think a GT-R hybrid is the obvious direction," he said. "There's been obsessive development of the GT-R over the years, and at some point we will move onto the next generation car.

"We already have great capability in terms of battery production and electric vehicle technology, so I don't think it's a great stretch to think a future performance product would have some of that tech incorporated into it..."

Though Nissan's creative chief stated last year that online renderings of the 'next GT-R' were way off the mark, the Vision GT concept built for Gran Turismo is probably the closest thing we'll get to a clue.

"Maybe some elements from the front and rear," Nakamura-san told TG.

In fact, when the 'Concept 2020 Vision Gran Turismo' was revealed, Nissan itself admitted the design study was "a vision of a what a high performance Nissan could look like in the future, and the next story to an audience that has always shared our passion for performance".

This one's just conjecture, but consider this: the current, R35 Nismo-fettled, 600bhp GT-R has unofficially blitzed a lap around the Green Hell in just 7m 08s. Not just fast for a GT-R, but fast full stop. That's only nine seconds off the pace of a 740bhp Lamborghini Aventador SV on prototype tyres.

Again, considering the pace of development the GT-R is subject too, could we see a GT-R humbling the Radical SR8's record-setting ‘Ring lap time?

Supercars are supposed to lose weight over their life cycles, right? Not so the GT-R. It has hovered at, around and sometimes above the 1700kg mark for a while (the current version clocks in at 1740kg, the Nismo GT-R at 1720kg), and it'll likely stay that heavy.

According to the GT-R’s 'father', Kazutoshi Mizuno, anyway. A while back he animatedly told TG that the legendary supercar had to be that heavy.

"All journalists say GT-R is heavy, heavy, heavy - it should be lighter, lighter, lighter! I say, journalists need to develop a more professional level of thinking! More study! More thought! The GT-R needs to be this weight. A car with less weight does not handle. Lighter weight can be dangerous, and it will not be driveable by all customers."

With road cars unable to generate such vast downforce figures, that means we're looking at a hefty kerbweight. "But with performance accessible to all customers. I have a big responsibility to the customer," he once told us.

It’s a fast, angry-looking thing, and there’s no question the R36 version will be the next step in Nissan’s ongoing motorsport programme.

Well, probably. Though after the weirdness of the Murano Cross-Cabriolet and Nismo Juke, anything's possible at Nissan.