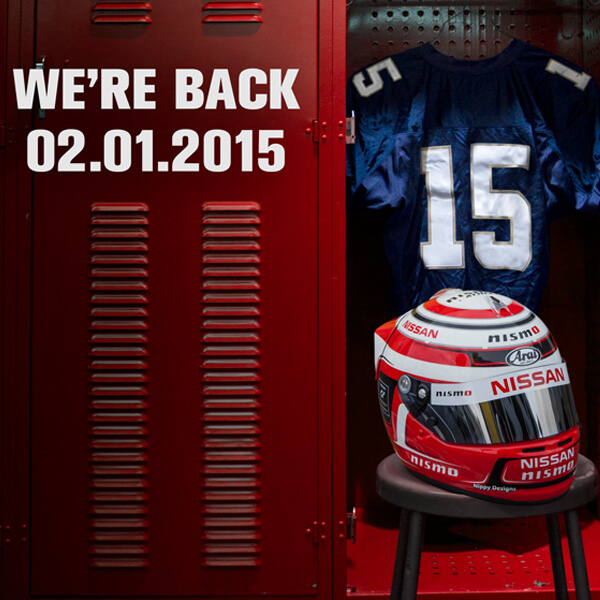 Nissan returns to the Super Bowl for the first time since 1997 with a 60-second spot
Puts Nissan "front and center " with more than 100 million target buyers
Continues recent momentum in sales and brand awareness growth, setting stage for critical upcoming new model launches
"Big Moments" marketing strategy includes an expanded media presence with NBC's "The Voice," NCAA College Championships and NFL playoffs
NASHVILLE – Nissan today announced that it will join the starting lineup of advertisers for NBC's broadcast of Super Bowl XLIX on Sunday, Feb. 1, 2015. Nissan last aired a Super Bowl commercial in 1997. The return to major events such as the Super Bowl is part of Nissan's "Big Moments" marketing strategy – an approach that has helped drive Nissan's current sales and brand awareness growth.

"This is a great time for Nissan to make a big brand statement in front of one of the largest global audiences of the year," said Fred Diaz, senior vice president, Nissan Sales & Marketing and Operations U.S., Nissan North America, Inc. "Nissan is on pace for its best sales year ever in the United States – and that's with five weeks still to go in 2014. We're not about to let up on the accelerator now, or in 2015, with the upcoming launches of the all-new 2015 Nissan Murano crossover and several other critical new vehicles."

Nissan's sales growth so far in 2014 is more than double the automotive industry average, with the recent introductions of new models such as the Rogue, Sentra, Pathfinder and Altima leading the way. The Nissan LEAF – the world's best-selling electric vehicle – is also setting all-time sales records for electric vehicles. And, Nissan has been named the most fuel-efficient full-line brand in America by the Environmental Protection Agency (EPA).

In addition, Nissan was recently named one of Interbrand's "Top Global Brands 2014," as well as Interbrand's "#4 Best Global Green Brands." Nissan was also recently ranked as the most fuel-efficient full-line car company in America according to the 2014 Environmental Protection Agency (EPA) "Trends" Report.

"Our approach of using fewer yet bigger moments is already paying off," explained Diaz. "Along with returning to Super Bowl XLIX, Nissan will have a major presence in the NCAA College Playoffs – a natural extension of our popular Heisman House campaign – and the NFL Playoffs. And, we've expanded our multimedia engagement with NBC's 'The Voice,' as well as our continuing with our fourth season of Nissan's robust virtual-to-reality motorsport program, GT Academy, airing on SPIKE TV, MTV2 and Hulu."

Earlier this month, Nissan – the exclusive automotive sponsor for the next three seasons of the Emmy Award-winning "The Voice" – announced a new partnership with Adam Levine, lead singer of Maroon 5 and "The Voice" coach. New program elements include a series of on-air vignettes featuring Levine and several season-seven contestants in video segments.

"Consumers are going to be hearing a lot about Nissan, and our bold new models like Murano, throughout the next few months building up to Feb. 1," said Diaz. "We're going big, and there's no bigger moment than the Super Bowl."

Details about Nissan's Super Bowl commercial and integrated social media elements will be announced closer to the game.