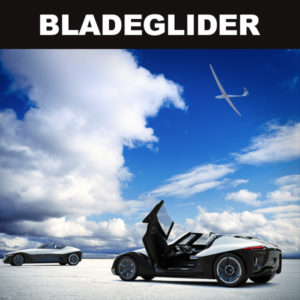 ROLLE, Switzerland - Nissan's command of the European crossover segment is further reinforced at the 84th Geneva Motor Show with the brand's unrivalled crossover family taking center stage. The all-new X-Trail and all-new Qashqai highlight Nissan's ongoing crossover development, which will be strengthened by the arrival of another next-generation model in Geneva.

The 2014 Geneva Motor Show also showcases Nissan's diverse innovation. From the world debut of the zero-emissions e-NV200 to the European premiere of the GT-R NISMO, Nissan is demonstrating its unrivalled passion for design, engineering and innovation.
Corporate update
Record levels of demand for its advanced and technologically innovative products, plus a raft of new or revised vehicles, means that Nissan will build more cars, crossovers and light commercial vehicles than ever at its European plants in 2014. Existing high levels of demand for class-leading vehicles such as the Nissan Qashqai and the all-electric Nissan LEAF, and a significant second all-electric vehicle, e-NV200, means that Nissan will be using even more of the production capacity at its plants in the UK, Spain and Russia. And there's more to come.  The significance of Nissan's European manufacturing plants cannot be underestimated: Last year, some 80 percent of all Nissan vehicles sold in Europe were built in Europe. In the 30 years since manufacturing began in the region, Europe has built more than 10 million Nissan vehicles.
New X-Trail
Now fully integrated into Nissan's crossover range, the all-new X-Trail combines advanced 4x4 capabilities with a host of design and engineering features that have become hallmarks of Nissan crossovers. The new model also introduces a number of innovative new-to-sector technologies such as bi-LED headlamps, Nissan Safety Shield and a fully integrated third-generation NissanConnect navigation and infotainment system.
Built on the Renault-Nissan Alliance Common Module Family platform, the all-new X-Trail also offers significantly improved practicality, with a new "theater-style" seating layout, sliding second row of seats and fully integrated third row of seats with improved leg and headroom.
As a result of this complete redesign and re-engineering process, the new X-Trail completes what is the most comprehensive and capable SUV crossover line-ups in the industry.
e-NV200 production premiere
Nissan is set to continue its dominance of the electric vehicle sector with the introduction of the e-NV200, which brings unprecedented refinement, with zero emissions and ultra-low running costs. Combining the best elements of two multi-award winning vehicles – Nissan LEAF and Nissan NV200, past World Car of the Year and International Van of the Year respectively – e-NV200 is ready to change the face of the city.
The e-NV200's high performance pure electric drivetrain, based on that used in the acclaimed Nissan LEAF, is allied to the class-leading cargo volume of theNV200 to create a practical and versatile vehicle capable of carrying people or goods while producing neither exhaust emissions nor noise pollution. When sales start in Europe in May, e-NV200 will be available as a van or as a five-seat people carrier in Combi or more luxurious Evalia guises. Although mainly targeted at businesses, e-NV200 will also appeal to private users with large families.
GT-R NISMO
Making its European debut in production form, the mighty Nissan GT-R NISMO is the fastest and most advanced Nissan performance production car ever. Honed to perfection on the legendary Nürburgring Norsdschleife – where it holds the lap record for a volume production car – the new GT-R NISMO perfectly embodies the spirit of the NISMO brand, delivering breathtaking performance.
The new GT-R NISMO is powered by a 3.8-liter twin-turbocharged V6 engine that has been extensively modified by NISMO engineers. Combined with a revised aerodynamic package that generates an additional 100kg of downforce and a bespoke suspension set-up fine-tuned in Europe, it makes the latest GT-R the most remarkable to date.
Nissan BladeGlider concept
Shown to a European audience for the first time at Geneva, the bold new BladeGlider concept challenges conventional thinking on performance car design. Inspired by Nissan's innovative ZEOD RC Zero Emission on Demand race car – set to take part in the 2014 Le Mans 24hr race under the event's "Garage 56" rules – the BladeGlider features radical narrow front-track design layout that creates a distinctive swept-wing shape when viewed from above. Featuring perfect weight distribution thanks to the placement of the lithium ion batteries and in-board motors between the rear wheels, the BladeGlider optimizes power delivery with significantly reduced stresses at the front of the vehicle.
New Qashqai
Celebrating one of the most successful launches in Nissan history, the all-new Qashqai is set to be a major draw at the Geneva Motor Show. Ushering in a new era in crossover design, the second-generation model has attracted unprecedented interest from motorists and the world's press. With production now fully underway at Nissan's record-breaking Sunderland (UK) plant, the new Qashqai demonstrates Nissan's leadership in the crossover sector with numerous sector-first technologies and a host of innovative and practical design features. These include Nissan Safety Shield - a suite of safety systems that combine to deliver one of the most comprehensive protection packages in the industry - and the latest NissanConnect system with full smartphone integration.
CREDIT: http://nissannews.com/en-US/nissan/usa/releases/nissan-at-the-2014-geneva-motor-show?page=1
CATEGORIES »
Events , News ,
TAGS »
Nissan BladeGlider , Nissan crossover , Nissan e-NV200 , Nissan GT-R NISMO , San Diego Nissan ,
SHARE »
Share
Tweet

Nissan unrivalled with their crossover family at the 2014 Geneva Motor Show! - Mossy Nissan