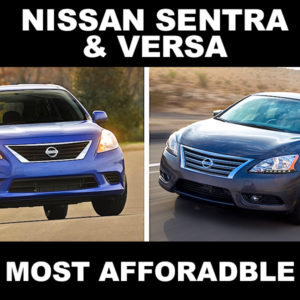 MELBOURNE, Australia - Jack Daniel's Racing has unveiled its new war paint for the 2014 V8 Supercar Championship, with Rick and Todd Kelly set to return to the wheel of their Nissan Altimas.

For Nissan Motorsport's second season in Australia's premiere motorsport category, the pair of distinctive black and white Altimas will sport a refined paint scheme, as well as a revised aerodynamics package, with changes made to the front bar and rear wing supports.

Outside of the aesthetic changes to the racecar, continuity is the key for the outfit, with a continuation of the same driver, chassis and sponsor package from 2013, which saw Rick Kelly claim a solid 14th in the final season standings.

Importantly for Jack Daniel's, this year marks its ninth successive season of major team sponsorship in the class, making the involvement one of the longest serving on the grid.

The first time the new-look Jack Daniel's Racing machines will be seen on track for 2014 will be this weekend at the Sydney.com Test Day at Sydney Motorsport Park, with the season proper commencing at the Clipsal 500 in Adelaide from February 27 to March 2.

"I'm very excited to be at the beginning of our second year, as the whole thing's quite an unknown for us," said Todd Kelly.

"We've had a pretty good crack at our first year, and we achieved a lot, in my opinion, when you consider the work that has gone on behind the scenes to develop the VK56 engine, and our first attempt at turning the Nissan Altima into a race car.

"All in all, it wasn't too bad a year last year. The guys have all been working extremely hard through the second half of last year, and especially through the offseason to develop a new aero kit for the car, which we haven't used on a race track yet.

"Hopefully that has given us the gain that we are looking for."

"We've sat down with the team and analyzed our strengths and weaknesses, and what we have to do to improve ourselves, and the results that we've got, and we're ready to implement that now," said Rick Kelly.

"It's really exciting; the team have worked really hard over the summer, and the last six months in fact to develop and aero package that's going to be a lot stronger for us in 2014 than what we saw in 2013.

"To match that and to get the most out of that, we've got to do a better job in all of the other areas that it takes to be successful on the track.

"That's everything from engineering, to driving, to the strategy. For us, we're very excited that we have a new opportunity in 2014 and to make the most out of it."

"Jack Daniel's is excited to continue its association with Nissan Motorsport for the 2014 V8 Supercar Championship.  Last year was a learning season for the team, and with that experience taken on board, we are looking forward to strong results in 2014," said Michael McShane.

"Both Rick and Todd are great sportsmen, role models, and ambassadors of the Jack Daniel's brand, and through their efforts over the years, they have continued to build our responsible drinking message in this vital market.

"V8 Supercar remains the pinnacle of motorsport in Australia, and we look forward to an exhilarating season ahead."