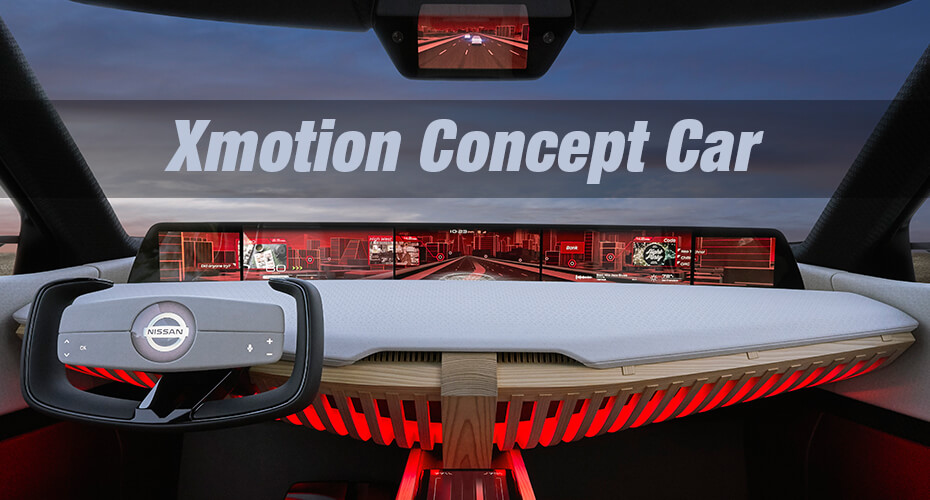 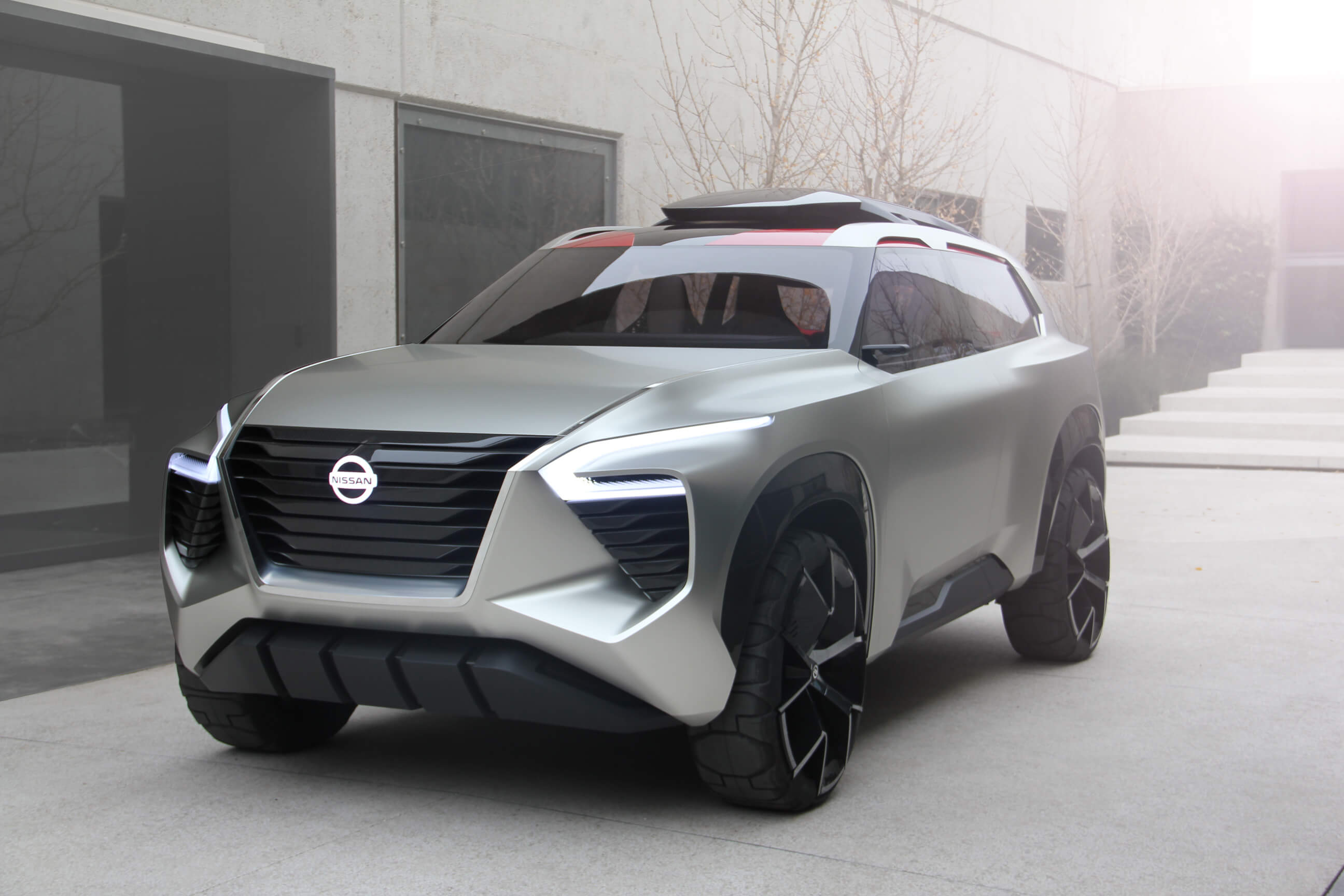 "In the Xmotion concept, we explored the more rugged and powerful side of Nissan Intelligent Mobility. Bold and powerful forms and proportions are, upon closer inspection, contrasted with aspects of traditional Japanese craftsmanship expressed in a contemporary way," said Alfonso Albaisa, senior vice president of global design at Nissan Motor Co., Ltd. "The exterior's combination of western and eastern concepts continues inside the Xmotion, where advanced connectivity and autonomous technologies mix with modern Japanese digital art and cultural craftsmanship. At a glance, Xmotion may appear to have a minimal design language, but a closer look reveals layers of detail that make this concept exceptional." 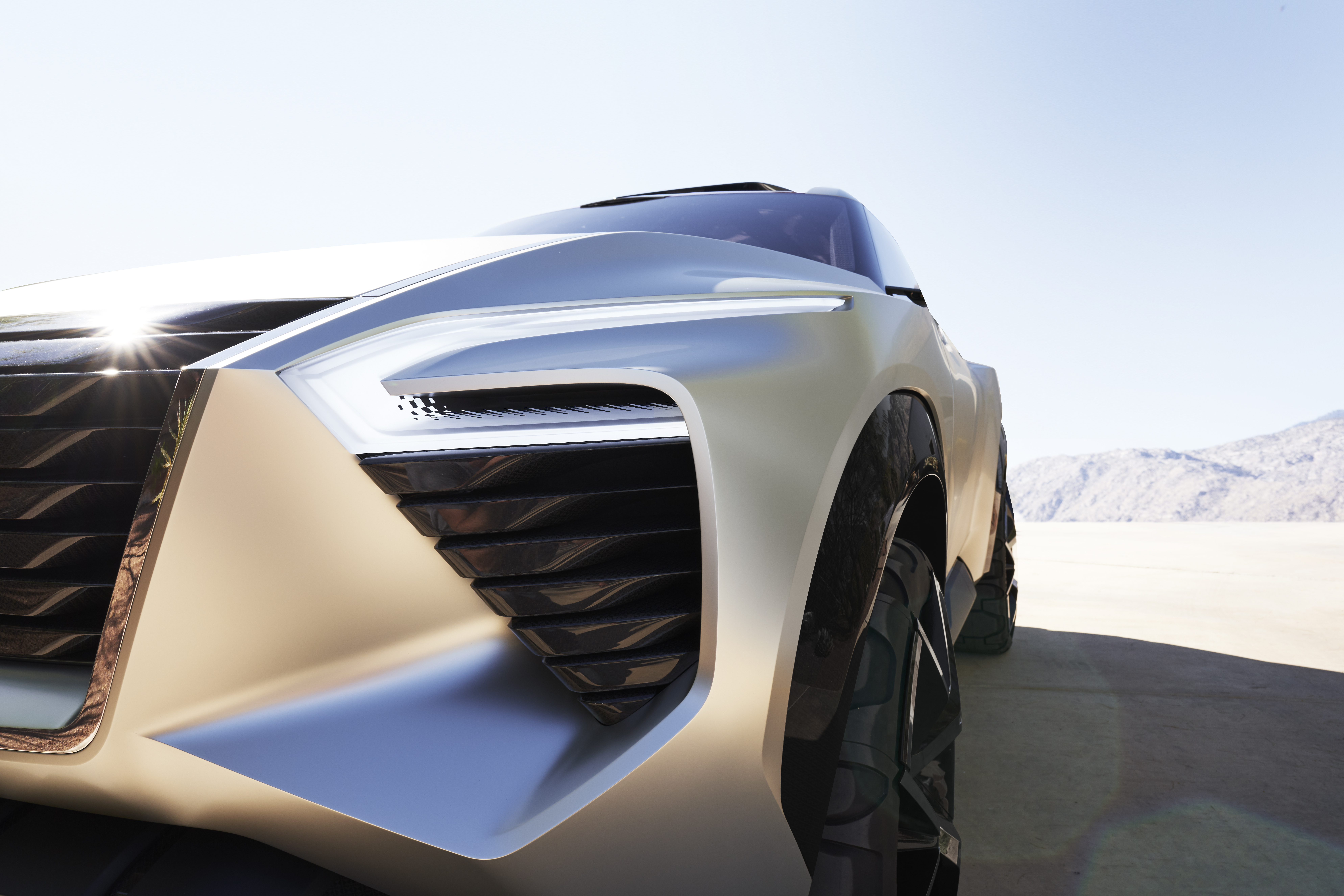 The visual simplicity of the Xmotion concept exterior is contrasted by the rugged, metal-crafted wheels and all-terrain tire design. Like the rest of vehicle, the mechanical tool-inspired wheels and all-terrain tires coexist as one piece, with the tire tread physically laminated over the 21-inch aluminum-alloy wheels. Additional exterior features include a retractable "rooftop box" and a unique tail light design inspired by Japanese woodwork.

The interior itself was created with the imagery of a river on the floor, with the center console acting as a bridge. The console, the core of the interior design, uses a traditional Japanese architectural wood joinery technique, kanawa tsugi, found in the carpentry used to build religious temples and shrines.

The Xmotion concept's instrument panel design is a modern interpretation of traditional kigumi wood joinery. By using the kigumi structure in the instrument panel and console, the vehicle's interior suggests a robust bone structure, creating a sense of strength and trust. 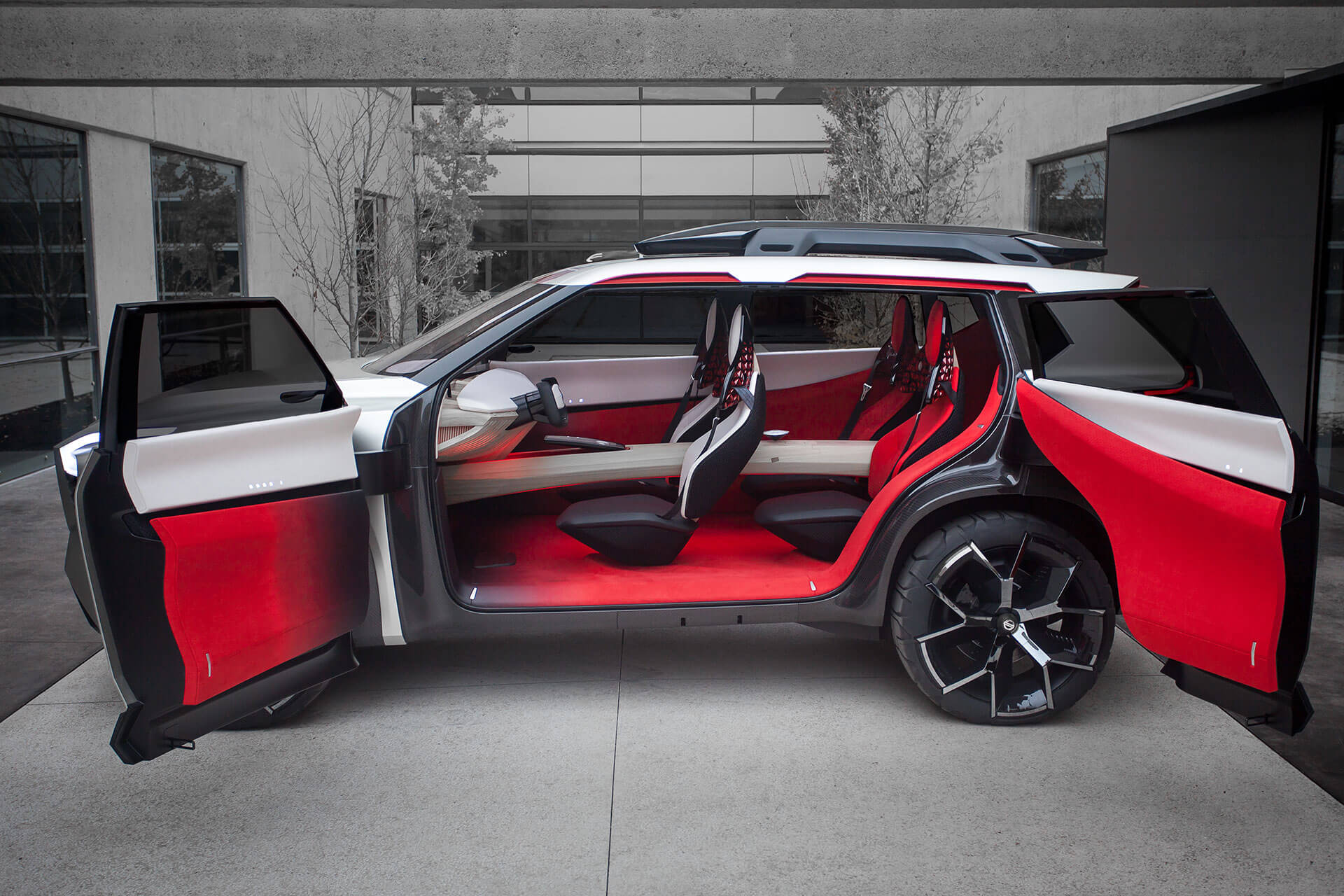 The interior includes a total of seven digital screen portions. Three main displays and left and right end displays span the width of the instrument panel. There's also a "digital room mirror" in the ceiling and a center console display.

The displays and infotainment system can be controlled by gestures and eye movements. Intuitive controls and a voice command system allow drivers to focus on driving, helping them access various information in a smart, easy and safe manner.

With its long wheelbase, with wheels and tires pushed out to the extremes of the corners, the Xmotion concept allows for the creation of a fresh, "4+2" passenger layout. Featuring three rows of side-by-side individual seats, it's designed to provide a perfect space for a young couple, another couple and two children or pets in the third row.

"We envision the Xmotion concept to be a highly functional SUV that can be driven every day, yet can take the owners and friends to a national park or recreation area on a whim," Albaisa said. "With its combination of style and technology, this concept fulfills Nissan's mission of moving people to a better world."

WANT TO SEE ALL THE CURRENT INNOVATIONS IN AUTOMOTIVE? COME CHECK OUT THE ALL NEW 2018s at one of seven Mossy Nissan locations or SHOP ONLINE NOW AT MossyNissan.com!