MORNING SUN AUTO REVIEW: 2017 Nissan Maxima has the edge to once again be Nissan’s flagship 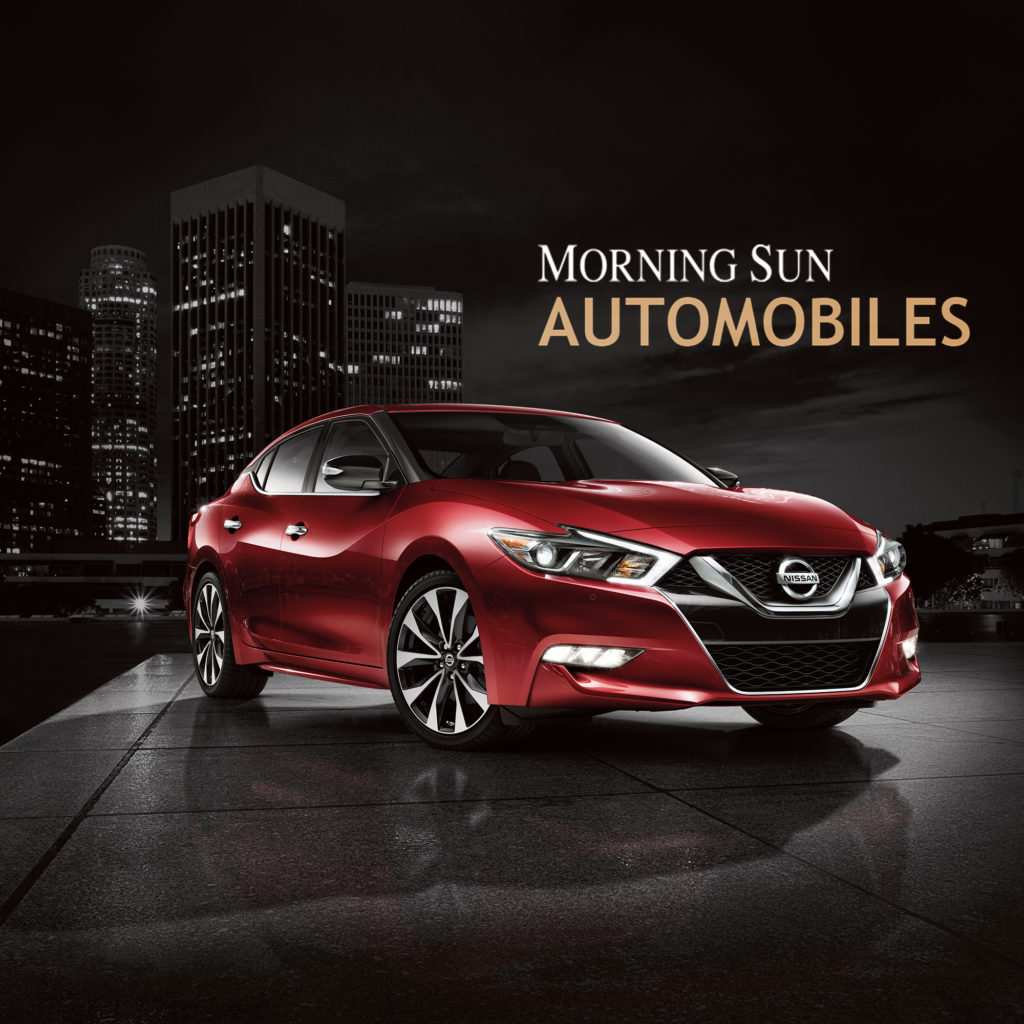 The third generation of Nissan’s mid-sized Maxima has sold in record numbers since being introduced two years ago, and the styling, capabilities and positioning of the car will no doubt continue.


Nissan has made some modifications to content packages and refined some of the technology in the car, such as adding Apple CarPlay and expanding their driver attention alerting program to more models.


I really like the way that the Maxima looks. This is the halo vehicle for Nissan and makes the kind of statement about its fellow Nissans that it should. Whatever the reason, the Maxima is well designed, in a way that makes a statement that this isn’t just another mid-sized, mid-priced sedan.
The family face and the new fins around the top of the rear quarter panels are distinctive and are integrated into both the design and the physical look of the car.


The edgy exterior design gets reflected inside. The look is modern and functional, without seeming mundane. The instrument panel, low center console, Nissan’s Zero Gravity front and outboard rear seating fit in a cabin opened by large windows and its panoramic moonroof.


Plus, this Maxima recalls the liveliness of the first generation of Maxima. The engine is a 3.5-liter V6 with double overhead camshafts producing 260 hp. and 240 lb.-ft. of peak torque. The Maxima’s powertrain in unusual for a car in this class in that it uses a continuously variable automatic transmission.


This is a lot of power for a CVT, but Nissan is tops in these transmissions. The difficulty is that you can only run so much power effectively through a CVT. Nissan has pushed that limit up over the last 10 years or so, making it clear they know what they are doing.


I do like that if you put the transmission in Sport mode then it seems to have shift points, just like a geared transmission. It also gives you a decent amount of straight-line acceleration.


The Maxima is available in front- or optional all-wheel drive. The model I tested was the all-wheel drive, and it was invisible to the driver, although the roads weren’t slippery while I was testing the car, either.


While this isn’t a hot rod, it does have a history of being a “runner.” Unfortunately, that was back in the days when this front-wheel drive offered a manual transmission. While that only made it marginally faster than the automatic, it simply was considered faster because that speed was a function of how well you shifted. It was also fun to drive and had quite a following.


Unfortunately — and Nissan admits and apologizes for this — it became a sort of model of the Altima, which in that generation grew to also be a mid-sized car. So it lost its distinctive looks, place in the market and performance. Frankly I’m surprised that the nameplate survived.


But this generation is very different, and Nissan officials were up front about what a bad job the company did. This generation they’ve clearly tried to step up to the plate and bring back some of what’s special about a car named Maxima.


Its look starts the process by being quite distinctive, while seeming quite elegant for a mid-priced car. While it is a family car, it is a car that you expect to see a guy driving. Like a sports ute, both sexes are reasonably well divided, but the Maxima just looks like it wants to do something designed to show off its qualities, but in a seemingly responsible manner. If that sounds like a contradiction, that’s because it is.


The Maxima’s place in the world is still in the mid-priced, mid-sized sedan segment. But Nissan has focused it at the top of the segment, with Altima taking care of the rest of the it.
GET YOUR OWN MAXIMA NOW AT ONE OF SEVEN MOSSY NISSANS OR MossyNissan.com NOW!