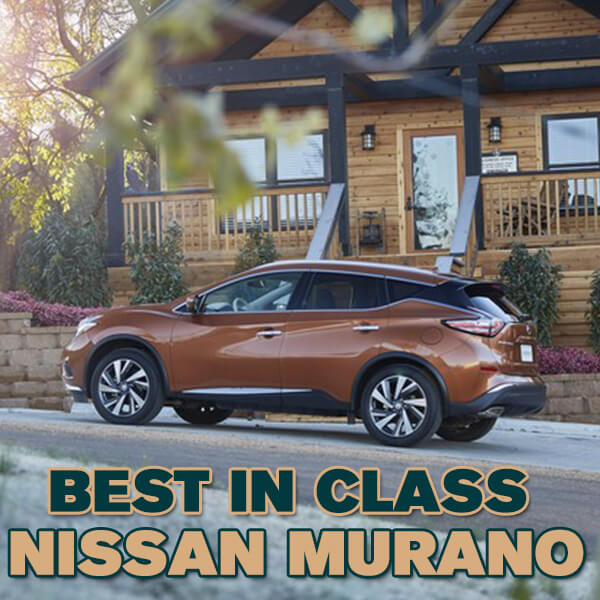 NASHVILLE, Tenn. – The 2015 Nissan Murano crossover has been named the “Best in Class SUV/Crossover $28,000 - $40,000” by the New England Motor Press Association (NEMPA). The all-new Murano was honored during NEMPA’s recent Automotive Excellence Awards announcement at the press association’s annual meeting on the Massachusetts Institute of Technology (MIT) campus in Cambridge, Mass.

Vehicles selected for the awards in various categories are designated to “offer a combination of winter-specific features and options plus the dynamic qualities that make for safe, enjoyable and competent all-weather driving.”

“The completely redesigned 2015 Murano went on sale in December 2014 and it became an immediate hit with media and consumers alike,” said Fred Diaz, senior vice president, Sales & Marketing, Parts & Service, U.S.A, Nissan North America, Inc. “We are especially pleased with this award because the New England climate – and NEMPA members – really put a vehicle’s capabilities to the test.”

Murano is offered in four trim levels – S, SV, SL and Platinum – and in a choice of front-wheel or all-wheel drive. The starting Manufacturer’s Suggested Retail Price* (MSRP) for the Murano S FWD is $29,560 USD. Sales of Murano have increased 26.8 percent through April 2015 (compared to the same period in calendar year 2014).
"The Nissan Murano has over a decade's worth of history as a favorite affordable crossover," said NEMPA President Craig Fitzgerald. "With the 2015 redesign, and the greatly improved Xtronic transmission with D-Step Shift Logic, it beat out some seriously tough competitors."

About the 2015 Nissan Murano
The 3rd generation Nissan Murano restores the vehicle to its roots of bold design and premium amenities. Nissan’s flagship CUV sets the design template for the next-generation of Nissan vehicles. It symbolizes Nissan’s design-led product and brand renaissance.

The 2015 Nissan Murano is available at all 7 Mossy Nissan locations in San Diego.
Find yours today!
Credit: http://nissannews.com/en-US/nissan/usa/releases/nissan-murano-named-best-in-class-suv-crossover-28-000-40-000-by-new-england-motor-press-association