2015 Nissan Murano is rated #1 Affordable Midsize SUV by US News. 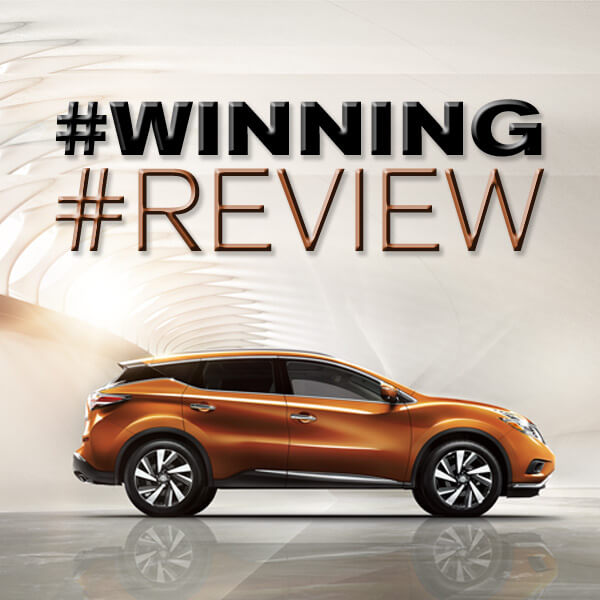 With the best combination of positive reviews and long-term ownership costs in its class, the Nissan Murano is our 2015 Best 2-Row SUV for the Money. The Murano isn't just a great value, however. It's also our Best 2-Row Midsize SUV for Families because it has the best combination of interior space, available family-friendly features and safety and reliability ratings in its class.

With its standard V6 engine, reviewers write that the 2015 Murano has enough power in most situations but doesn't feel particularly fast, especially on the highway. The Murano has an automatic transmission (CVT) that test drivers say operates smoothly. Fuel economy is an EPA-estimated 21/28 mpg city/highway, which is very good among V6-powered SUVs in the class. According to critics, the Nissan Murano rides comfortably and has poised handling, with little unwanted body motions through turns. Still, a few test drivers say its steering is a bit numb and comment that the 2015 Murano isn't quite as engaging to drive as the previous model.

Reviewers agree that the 2015 Nissan Murano has exemplary cabin quality, with an attractive design and soft-touch materials that wouldn't look out of place in an Infiniti luxury vehicle. The front seats are comfortable and supportive, test drivers say, and most agree that the rear seats are spacious and comfortable. The Murano has a good amount of cargo space for the class. The 2015 Murano comes standard with a rearview camera, proximity key, dual-zone automatic climate control, a USB port and Bluetooth. Options include a nine-speaker Bose audio system, adaptive cruise control, forward collision warning, Nissan's Around View 360-degree camera system and navigation with an 8-inch touch screen. Auto journalists like the touch screen's sharp graphics and comment that the navigation and audio systems are easy to operate.

"The 2015 Nissan Murano's rich interior and luxurious ride take what was already a nice crossover into new, premium territory. High fuel economy, a spacious interior, and relatively affordable pricing make it fully competitive with mainstream crossovers, but it also feels special enough to make us think twice about paying extra for a luxury badge."
- Automobile Magazine

"The Murano is the pinnacle of near-luxury SUVs. It is Nissan doing the thing they do well. The 2015 Murano is comfortable but not sporty, good looking and packed full of the kind of features you'd expect for a $35,000 to $40,000 car-based SUV. There are many such vehicles, but the 2015 Nissan Murano is easily the best of its kind."
- AutoTrader

"After several hours behind the wheel (and more than a few minutes spent analyzing its expressive exterior design), we're confident the new Murano will help maintain Nissan's momentum."
-Forbes

"Blending equal parts style and substance, the 2015 Murano proves it's worthy of Nissan's flagship utility designation. There are better options for families - including Nissan's own Rogue and Pathfinder models - but the Murano is an excellent alternative to other premium crossovers if you rank style and value above brand recognition."
- Left Lane News
CREDIT: http://usnews.rankingsandreviews.com/cars-trucks/Nissan_Murano/