Nissan’s Cars Aren’t the only things that are works of art!

Nissan's cars aren't the only works of art! See who wins the 2013 Nissan Art Awards! 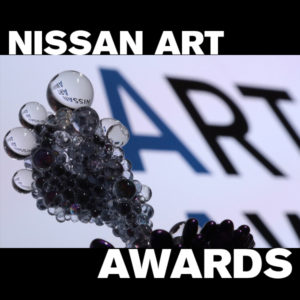 An international jury of five museum directors and curators tackled that question at Yokohama's BankART Studio NYK while selecting for the inaugural Nissan Art Award. 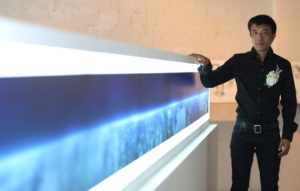 Corporate sponsorship is not unique in the arts. But as a first for Nissan, the Nissan Art Award aims to recognize art that expresses innovation and creativity to inspire society.

CEO Carlos Ghosn said Nissan is contributing to society in a meaningful way by providing support and greater visibility to Japanese contemporary artists. 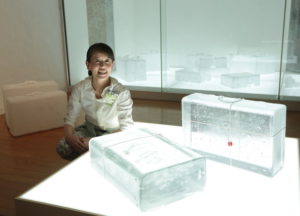 Eight artists – all of whom have exhibited work overseas – showcased their mixed-media installations with themes ranging from language and history to boundaries and transience.
Dusseldorf-based artist Hiroyuki Masuyama took a photo every 20 seconds during an 11-hour flight from Frankfurt to Tokyo to combine more than 900 photos as a visual representation of time and space. 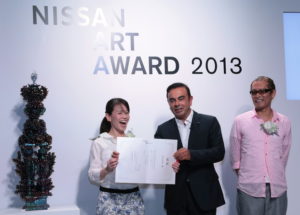 In the absence of a time machine, he said our relationship with those dimensions is elusive.
"Given the current state of civilization, I think, as humans, we still don't have the means to properly explain the concepts of time and space," said Masuyama. "Science keeps evolving and growing, but the dimensions of time and space are still mysterious to us. I wanted to express these concepts through art." 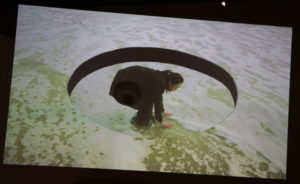 Artist Tatzu Nishi, known for constructing rooms around monuments, tries to bring alternate meanings to what we see everyday. At BankART, a public restroom became the provocative "Perry's Squadron," alluding to ships that docked at Yokohama Port and led to the opening of trade. 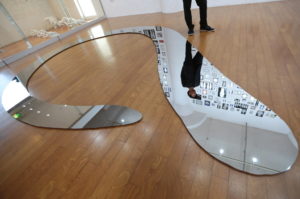 But winner of the Grand Prize was Aiko Miyanaga with "Tegami" (Letter), a site-specific work that suggests historical memory and transience with naphthalene shaped as keys and suitcases that degrade over time into the air.
"When Western culture came to Yokohama, many things changed suddenly, and at the same time people's desires also changed," said Miyanaga. "They had new dreams and hopes. There was an exchange of values and people. Things changed physically, too, and I think that's what led to the city of Yokohama we can see today.
"I imagined that within each of these exchanges, there was a key hidden among them. That could signify the expanding feelings of the people. That is the idea behind the title 'Letter'," she said.
Jury Chair and Mori Art Museum Director Fumio Nanjo said art is an endless source for creative ideas.
Japanese contemporary art must walk a fine line between being unique and translatable to inspire new ways of thinking. The most interesting moment of being involved in art is when that is discovered, said Nanjo.
"Art creation has to be in between unique and local, and international and universal," said Nanjo. "And then they have to show a new language, a new way of looking at things, a new concept. And then the new values – maybe they're very local and very limited values – but they become international. And the best for a curator is to promote that this phenomenon happens – that you find a unique artist."
And the Nissan Art Award did just that, with Miyanaga receiving a trophy with the signature style of artist Kohei Nawa. Nishi won the Special Jury Award.
In art, as in life, the ways in which we challenge convention – from historical memory to reimagining the car – evolves, and as technology changes, so does design.
The show runs until November 4, and the Nissan Art Award competition will be held every alternate year.
CREDIT: http://nissannews.com/en-US/nissan/usa/releases/what-constitutes-award-winning-art
CATEGORIES »
Just for Fun , News ,
TAGS »
nissan art awards , nissan san diego , San Diego Nissan ,
SHARE »
Share
Tweet

Nissan's Cars Aren't the only things that are works of art! - Mossy Nissan